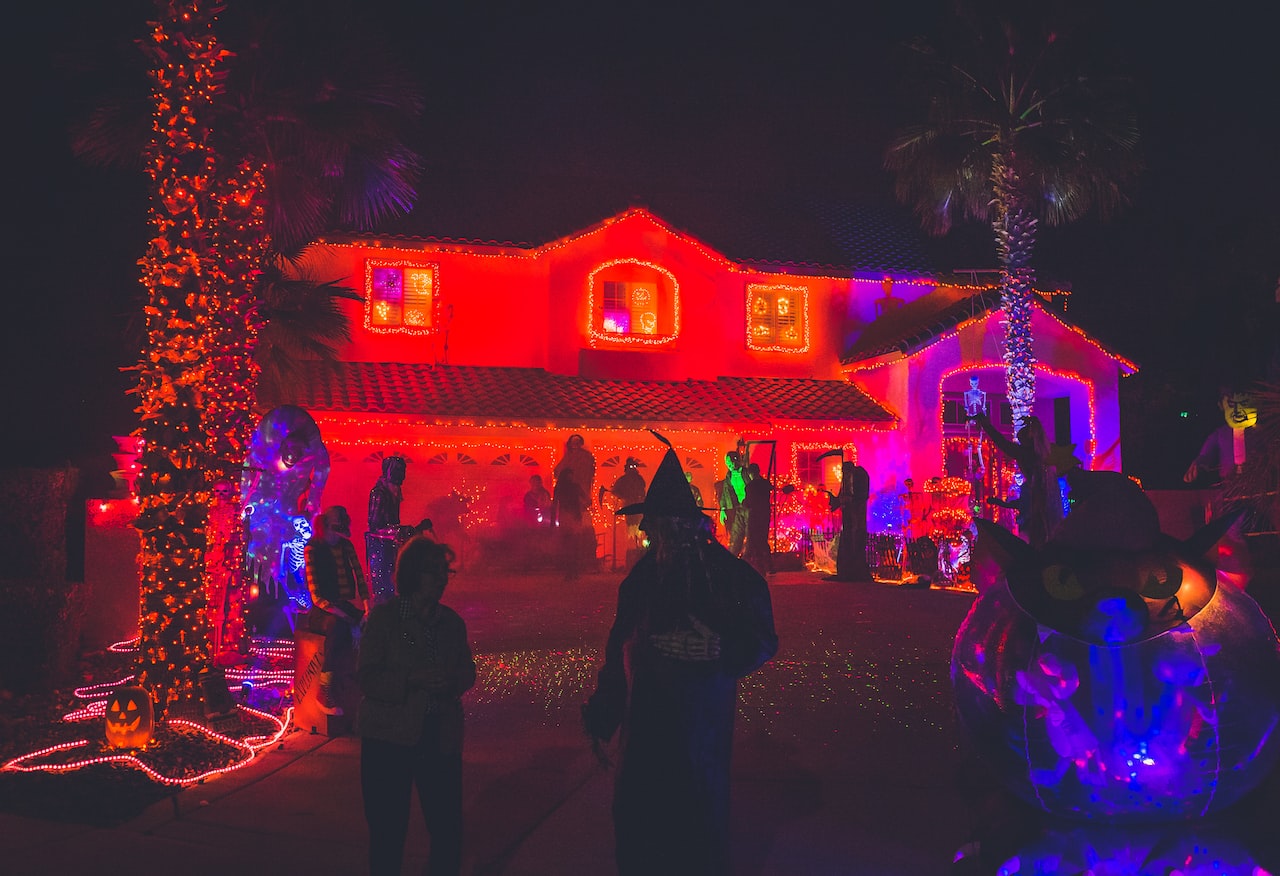 Featured Properties
Past Transactions
Home Search
Home Valuation
Most who believe their house is haunted are perfectly fine with a few bumps in the night, according to a recent Realtor.com survey.
Haunted houses are popular attractions this time of year, but most Americans say they wouldn’t consider living in one. However, a majority of those who believe they currently live in a home that is haunted say the spooky happenings they’ve experienced are not reason enough to move, according to realtor.com®’s annual Halloween survey.
Survey results from more than 2,000 Americans reveal that 13% believe they currently live in a home that is haunted, and a majority of them — 54% — knew or suspected the house was haunted before moving in. Although nearly two-thirds (62%) of respondents indicated they’d be unlikely to consider living in a house that was rumored to be haunted, a majority (56%) of Americans who believe their home is haunted have not considered moving.
“Haunted houses typically draw big crowds this time of year, but we wanted to see how many people actually believe they live in one,” said Lexie Holbert, realtor.com® housing and lifestyle expert. “Although only a small percentage of respondents indicated they believe their home is haunted, it was surprising to see how many are perfectly comfortable sharing their space with spirits from the world beyond.”

Just where are these haunted houses?

The West led the nation with the most respondents who believe they live in a home that is haunted at 18%, followed by 13% in the Northeast, 11% in the Midwest and 10% in the South.
Of those who suspected their house was haunted prior to moving in, Northeasterners were most comfortable living with spirits at 76%, followed by those in the West at 57%, the South at 51% and 35% in the Midwest.

What is it about a house that makes it haunted?

Asked to select all the spooky happenings that made them think their home was haunted, strange noises topped the list at 44%. This was followed by:

Interestingly, the survey found the denizens of the netherworld don’t necessarily make their presence known in the same manner throughout the country. Regionally, here’s what topped the list of ghoulish sensory exploits:

Who’s more apt to buy a haunted house and at what price?

For most respondents, buying a haunted house is not something they see themselves doing.
Fifty-four percent of men said they were unlikely to ever consider living in a house that was rumored to be haunted, compared to 70% of women. By age, those aged 55 and over were most unlikely to consider living in a haunted house (64%), followed closely by those aged 18-34 at 62% and 35-54-year-olds at 59%.
Regionally, 66% of respondents in the Northeast said they were unlikely to consider living in a haunted home, while 65% of those living in the Midwest and South and 52% in the West said they were unlikely to.
When asked at what level of discount they would need to purchase a haunted house, 39% of those between the ages of 18-34, 33% aged 35-54 and 24% aged 55 and over said the discount would need to be greater than 10%. However, 37% of those 55+, 28% aged 35-54 and 23% aged 18-34 said no discount would be enough to live in a haunted house.
If you are wondering how current national and global situations might be impacting your property’s value, your neighborhood, or the Real Estate market in general, we are happy to provide more specific information.
If there is a home that you would like more information about, if you are considering selling a property, or if you have questions about the housing market in your neighborhood, please reach out. I’m here to help.